Pre-Order the upcoming Ryan and Pony release "Moshi Moshi" and get tons of bonus swag!

You can now pre-order the upcoming dream-pop album from Ryan and Pony and receive special one-of-a-kind items with your order. Ryan And Pony is a brand-new project from two indie-rockers who have been kicking around the much-vaunted Minneapolis music scene for years.  Their debut album Moshi Moshi was recorded at a variety of Minneapolis studios including Flight Simulator, Flowers, Master Mix, and The Kill Room with Ryan producing. Ryan Smith is a workaholic multi-instrumentalist who has been playing lead guitar in Soul Asylum since 2016. Pony is a flamboyant performer and artist raised by deaf parents.  Together they have made numerous albums and toured internationally leading The Melismatics.  On Moshi Moshi they fuse Dream-Pop, post-Punk, Brit-rock, EDM, and good ol' fashioned Rock ‘n’ Roll into a sound all their own;  irony, weirdness, and melody are at its heart.  Peter Anderson (The Ocean Blue, Run Westy Run, The Honeydogs) adds his killer drum skills to the mix. There are three levels of pre-orders. The vinyl version is on beautiful clear blue vinyl. Get it here: 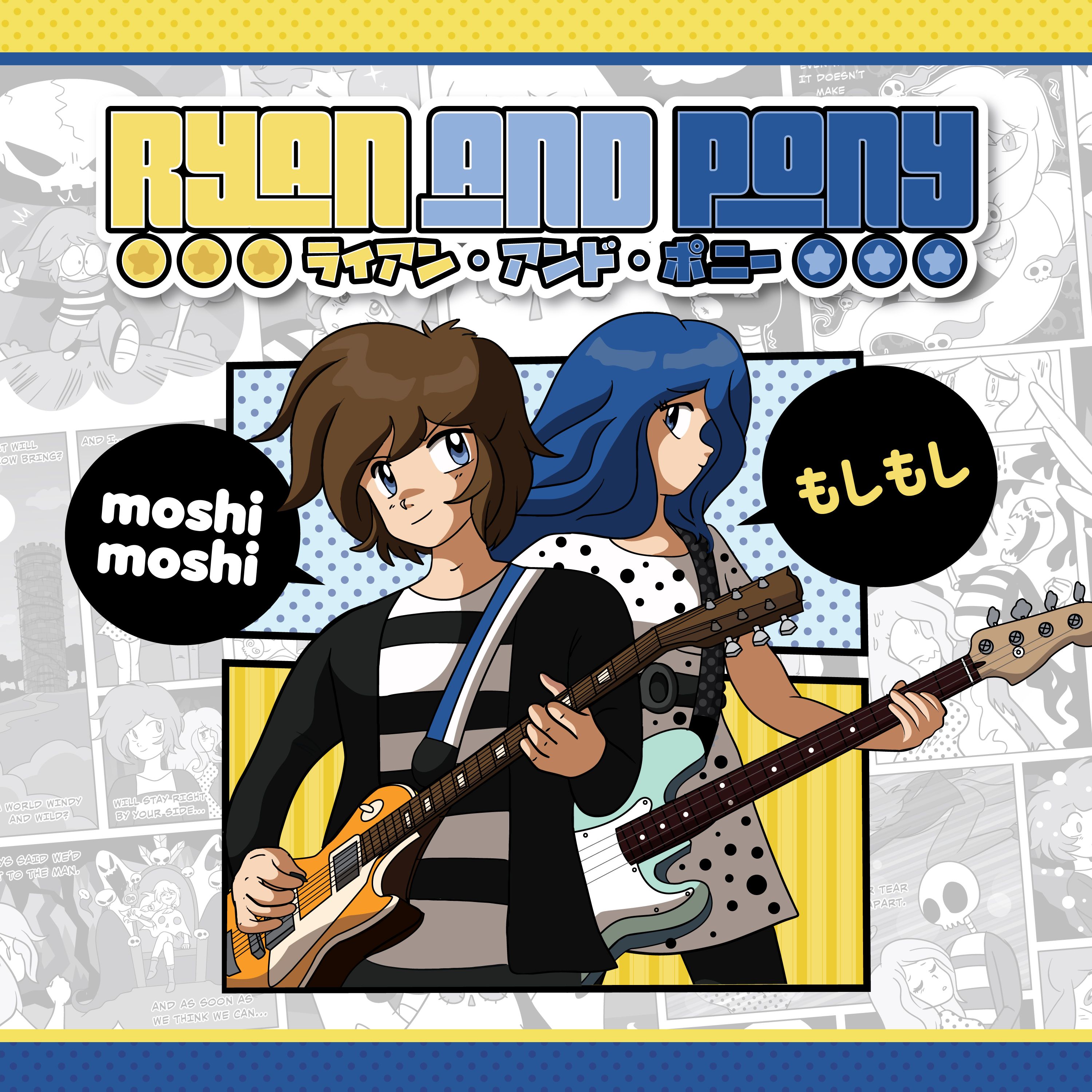